Last semester, I experimented with standards-based grading (the form of which is illustrated by “The Checklist” below), and a “pedagogy of belonging” in which students work together to earn a class-wide final grade (called “Plan A”). The two experiments weren’t mutually exclusive—in fact, they complement each other very well—but for this post, I’m just focusing on just the standards-based aspect of the class.

Each student was given “The Checklist,” which is all twenty anchor standards in reading and writing. I re-wrote them in a language that I think they can understand, and I scaffolded them in the hopes that every student can at least master the first level, and the best students can engage at the highest level. For example, for Reading Standard 1 (seen below), every student should be able to “show comprehension” of some sort of text, even if it’s at the first-grade level. Only the best students are really good at understanding what the author is not saying.

They demonstrate mastery of these standards in their journals, and then write the page number on their checklist. It’s more of an index in a way, and maybe I should call it that. In any case, there are three levels of mastery for the students—instead of descriptors like “proficient,” I chose “I wrote it” (which means they wrote notes about it, but can’t really talk about it fluently, “I got this” (they are fluent in this skill), and “I can teach this” (they could teach this skill to a friend or a younger student). So if they show comprehension (use their own words) of a text and they can fluently explain the nature of their reading comprehension, then they would write the page number of their journal entry where they demonstrate this comprehension.
For final grading purposes, I asked each student to show more than three examples for a certain number of the sub-standards (about a third of them each semester would probably suffice) and at least one example for another third. In one semester, about a third of the sub-standards might be blank since we can’t get to them all.
The students were confused at first, but they soon (some sooner than others) came to an understanding and appreciation of what I was asking/allowing them to do. They were given a very good explanation of my (the state’s) expectations for them, and also felt a freedom in how they would demonstrate their skills. On most days, they would have a choice of assignments that I designed, and also the freedom to invent their own projects. If they were feeling creative on one day, they could write a standards-based story; if they were feeling introspective, the could read critically and quietly.
I’ll discuss the advantages and outcomes in a subsequent post. For now, I’ll just show the first two examples on “The Checklist” and present the statistical feedback from the students themselves from the end of the semester.
The Checklist
Controlling and improving my level of communication.
Reading Standard 1: Read what text says explicitly; cite evidence; draw conclusions
Reading Standard 2: Determine central theme(s); analyze their development.  Summarize key supporting ideas and details.

Did the checklist help you learn about the objectives of an English class? (“1” being no, and “5” being yes) 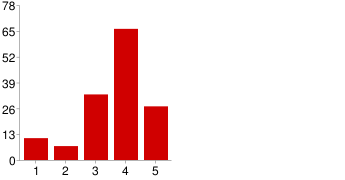 Would you like to use “The Checklist system” next semester? If we did a better job assessing your work and offering feedback, how would you feel? 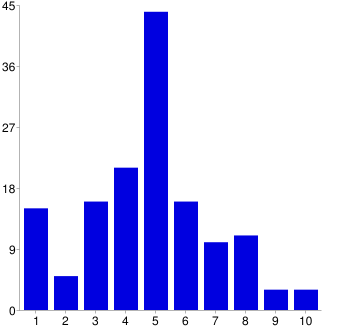 2 thoughts on “"The Checklist": My standards-based grading experiment”